What makes Ernesto Neto’s work so powerful is the fact that it is not enough to speak of just one work. There is such an expansive power in them that we are impelled to consider his whole body of work. Neto’s coherence is his commitment and his attention to the time he is living in and the emotional energy he can extract from it. He wants his work to be a kind of epidermis for the world. He works on the nerve endings of society by setting up a sensitive visual field that encompasses reality by demonstrating that content and container are reversible and interchangeable units of one surface, one topological reality.

What intrigues him is the porosity of the world and how to cross the flows that move reality. For him, there is nothing more radical than reality itself. His inventive intensity is all about consolidating this idea, filling out the fabric-skin by surrounding both the external limit of the body and all the internal organs like living organisms. He transfers this idea to the social organism and through his work brings to light the different flows that cross the contemporary field.

For the Breathing Project he has conceived an intervention he calls Cytoplasm and Organoids, which, in his words, “is as if the house was the cytoplasm and I was putting organoids inside it.” In other words, the house and the collection are given the function of intracellular space, the space between the plasmatic membrane and the nuclear envelope, which is filled with a fluid in which the organoids are suspended. These are actual works the artist created for this space. 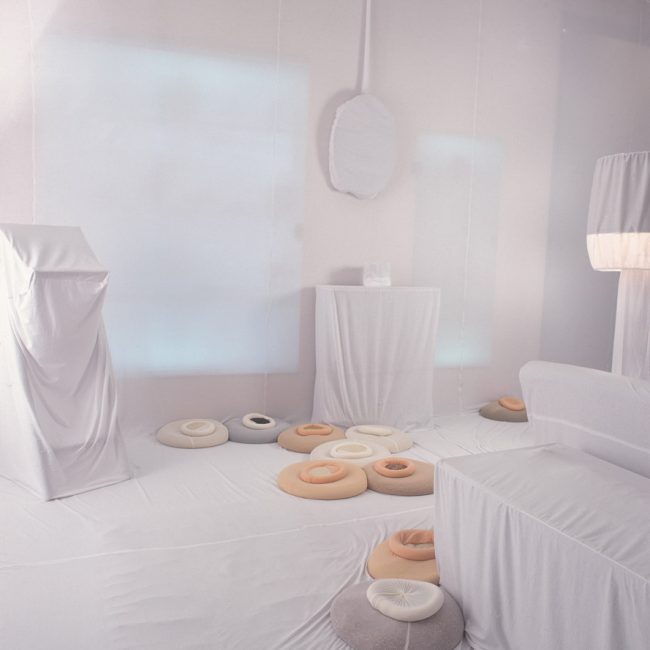 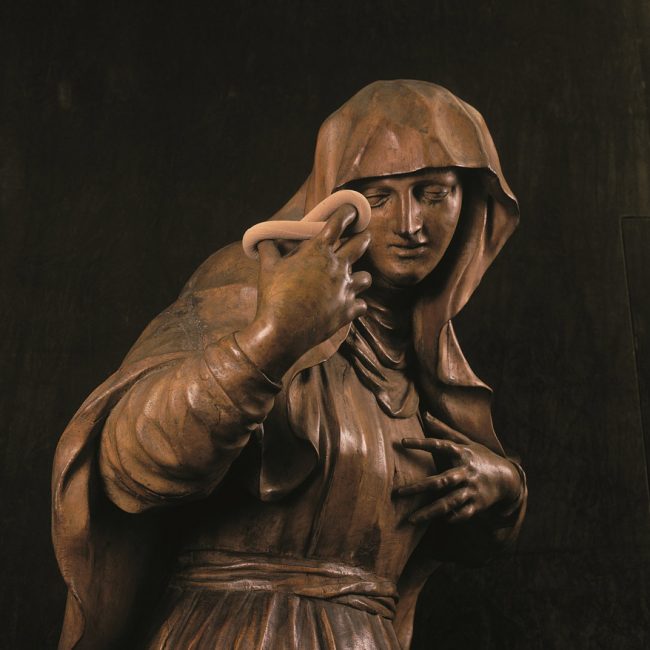 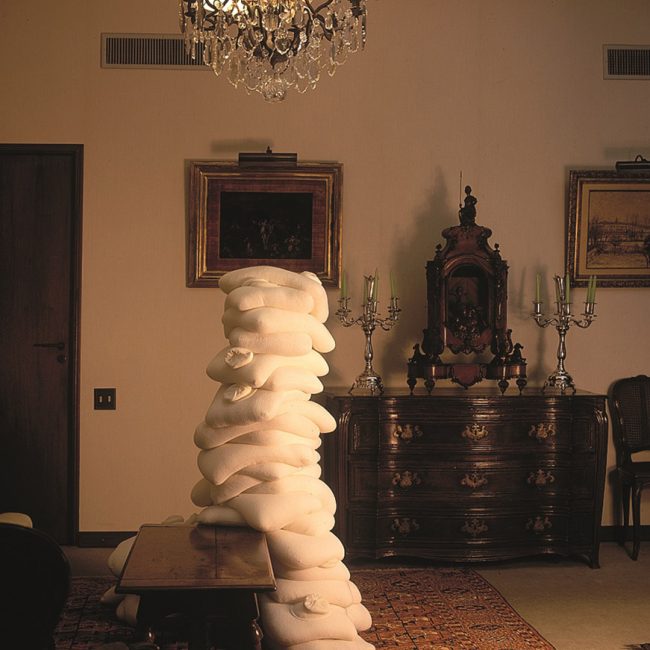 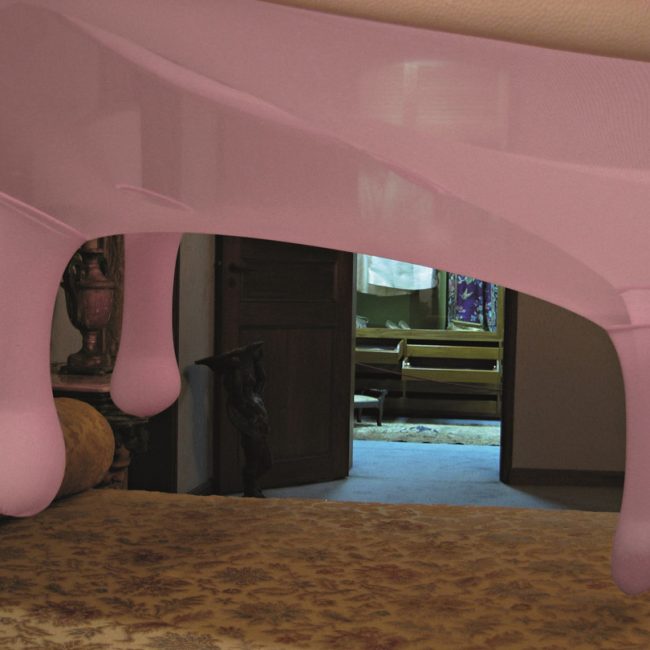 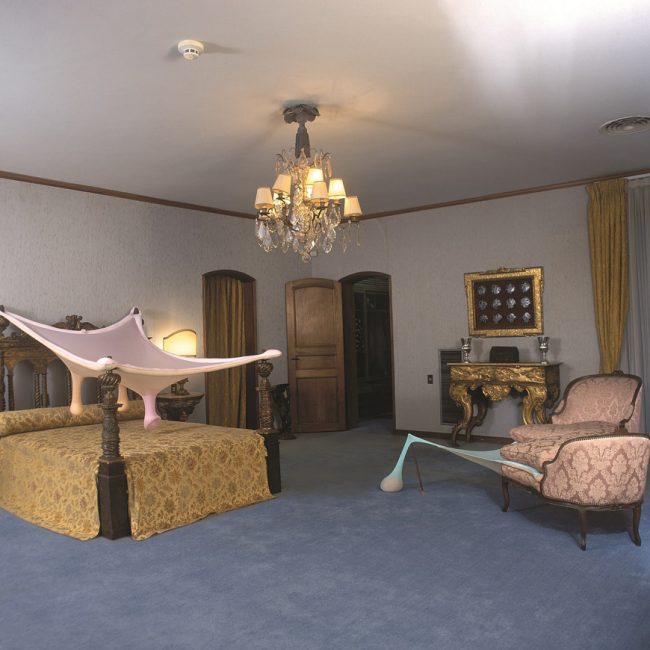 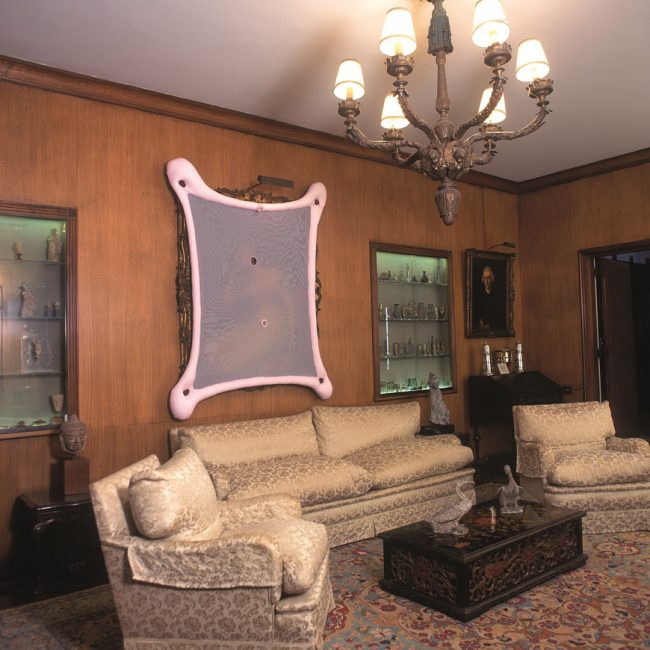