One of the world’s most ancient civilizations, China produced objets reflecting the level of cultural development achieved by this society, its origins long lost in the mists of time. Many of these items are funerary goods found in tombs and excavations, helping define periods and determine provenance.

During many trips over several decades, Eva Klabin gathered together important items from China, as well as Burma, Cambodia, India, Indonesia, Japan, Thailand and Tibet. The items in this priceless collection range from the Bronze Age through to the XX century, most of them used in ancestral rites.

Two libation chalices date back to the remote Shang Dynasty (1557-1050 BC), characterized by the use of bronze, as well as a Kuei ritual vase for storing grains, which is the oldest item among the chinoiserie brought together by this collector. All made from bronze, ritual vases, bells and a mirror represent the Chou Dynasty (1049-220 BC).

Terracotta items produced during the Tang Dynasty are particularly notable (618-907):  statuettes that once guarded tombs, Court ladies and dignitaries, flute-players and animals, including the impressive horse with a raised hoof and the highlight of this Collection: the Camel carrying a Lady dating back to the days of the Silk Route, whose chubby-faced female figure represents the standard of beauty of those days – the embodiment of an Empress.

Wooden sculptures of Buddhist divinities – the Bodhisattvas – date back to the Ming Dynasty (1368-1644), adorned with tiaras, draped robes and other ornaments, as well as a glazed pottery mandarin, vases in vivid colors such as sang de boeuf flambée, and cloisonné enamelware.

Two large sculptures are particularly outstanding in this Collection: a wooden figure of Kwan-Yin, the Goddess of Compassion and Mercy, which dates back to the Song Dynasty (907-960), and the gilded metal Worshiping Buddha with raised open hands, made in Thailand during the early XIX century.

Other items include jade objets and fine pottery vases from the Q’ing Period (1644-1912).

Several other wooden and metal items complete this collection of around 100 pieces: Buddha statuettes, Indian deities, birds, fish, scrolls of painted silk on rice-paper, pottery, ceramics, porcelain and lacquer, all revealing the fascination of the collector with Oriental Art and Civilization. The Oriental Collection of Eva Klabin is clustered mainly in the Chinese Salon, although individual items decorate almost every room in the house 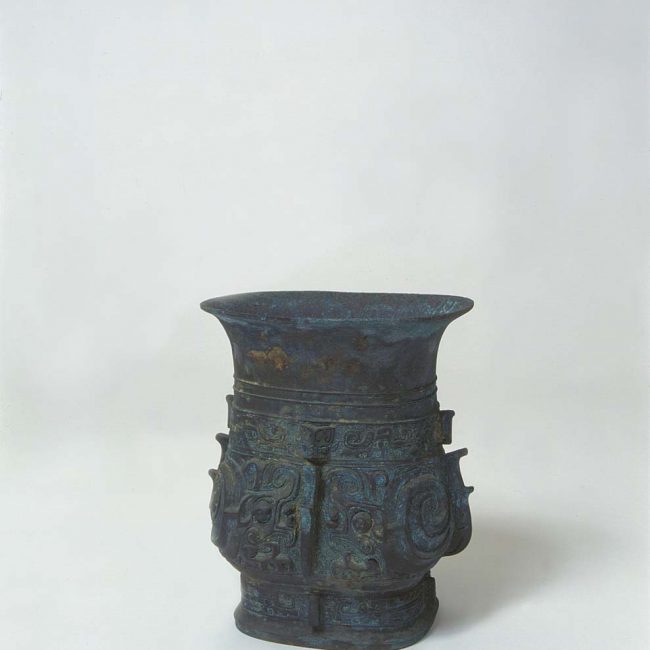 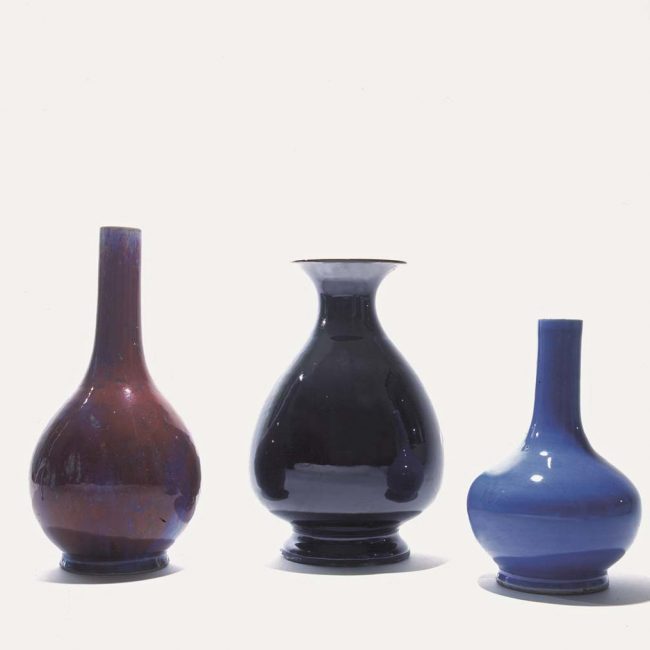 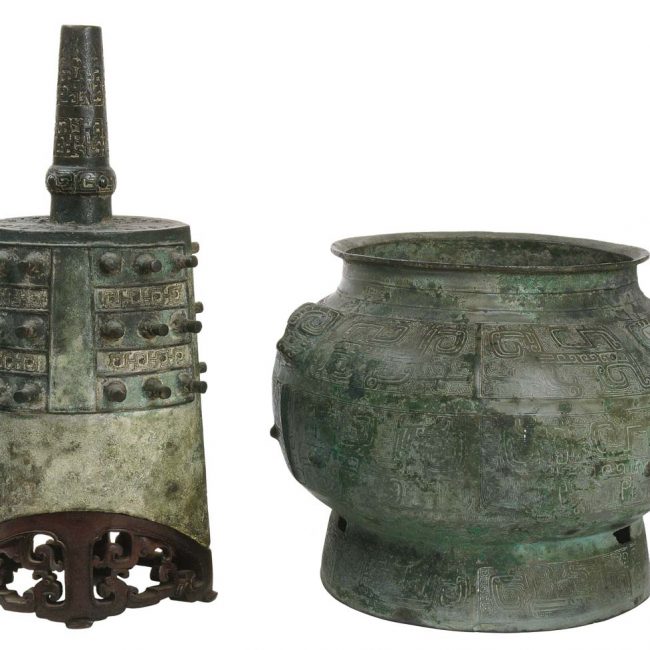 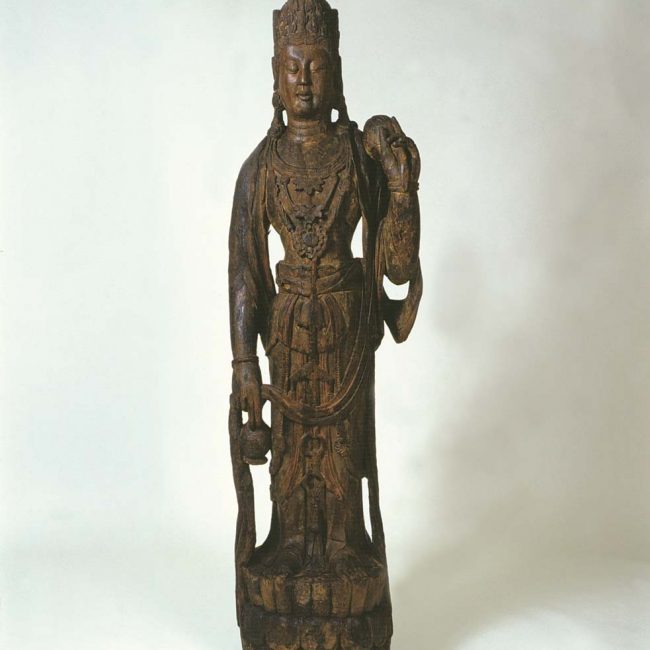 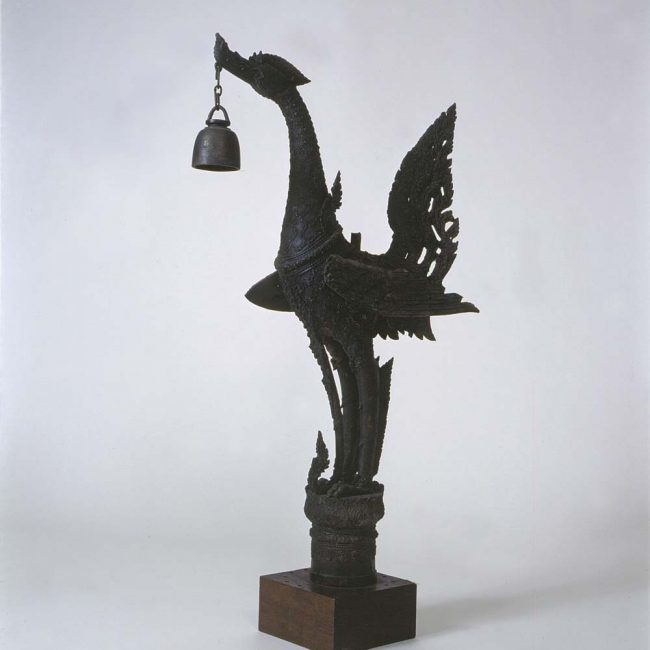 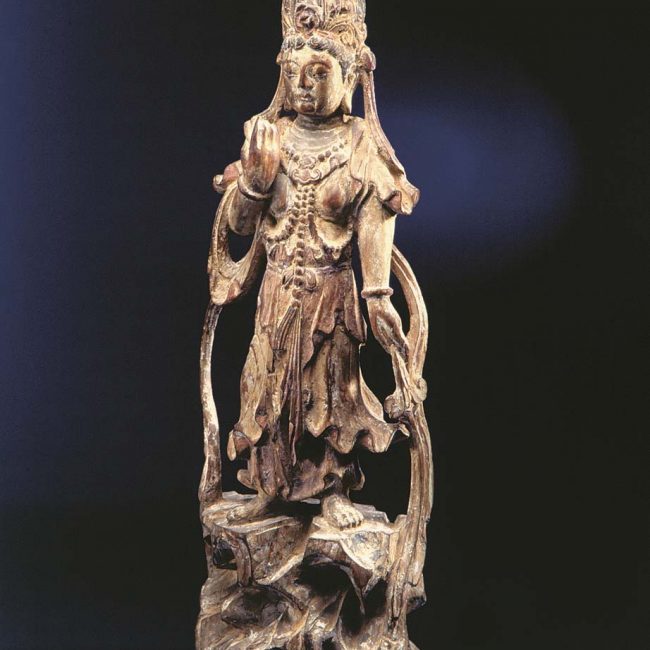 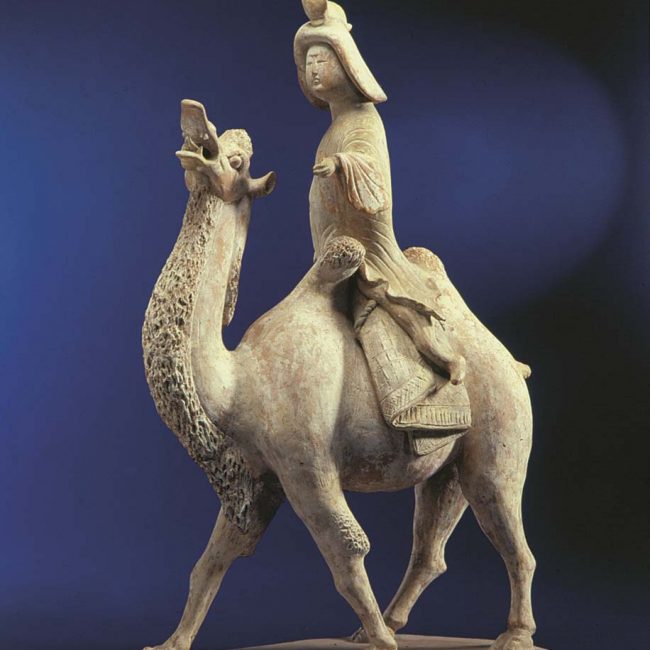