The Pre-Colombian Collection consists mainly of items from Peru, which once sheltered civilizations ranked as the most advanced in South America. These indigenous tribes were either nomad hunters and gatherers who subsisted on their prey and wild fruits, berries and roots, or settled on the land where they planted maize, beans, potatoes and fibrous plants for  their textiles, such as the agave and cotton. They domesticated livestock and built houses, pyramids and temples; sculptors and potters, they were also expert metalworkers.

The main Peruvian civilizations represented in the Eva Klabin Permanent Collection are the Nazca and the Chimu. Appearing during the early centuries of our own era and surviving through to around the year 700, the Nazca civilization developed along the southern Pacific shoreline in a semi-arid region, leaving behind anthropomorphic polychrome pottery vases  decorated with fantasy animals, as well as fragments of wool and cotton fabric in lovely colors. Further north, the Chimu (1200-1450)  worked with gold and very dark, almost black modeled pottery. The Collection includes examples of water-canteens, twinned bottles whose throats are linked by a tube and topped by an animal that might be a monkey or a bird, and whistling vases that produce sounds as the liquid inside them moves around, imitating the sounds of Nature, such as animal calls and birdsongs.

There are also vases from the Yanpara (1470-1538), Lambayeque (?), and Tiahuanaco (1000-1200) civilizations in Bolivia, close to Lake Titicaca, in addition to four Mexican statuettes representing warriors and human figures whose origin is unknown.

In addition to pottery, this Collection includes Quero-type wooden vases, a small bone scale, and fragments of cotton and woolen fabrics. 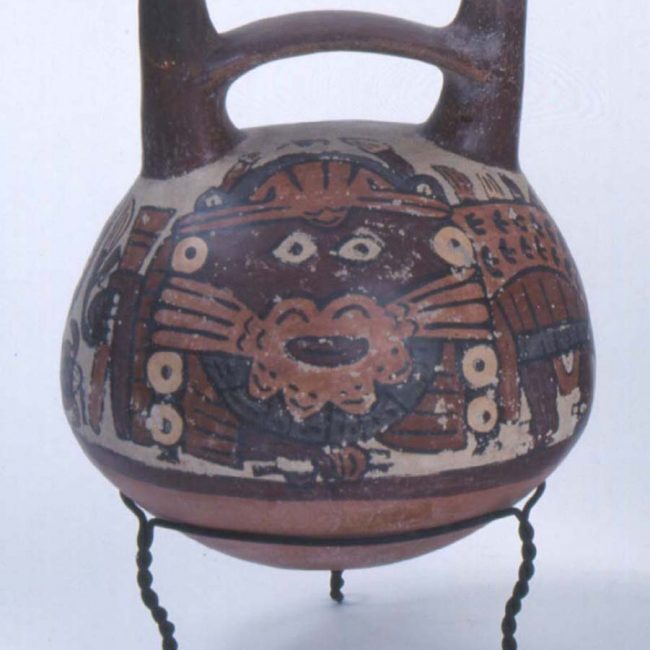 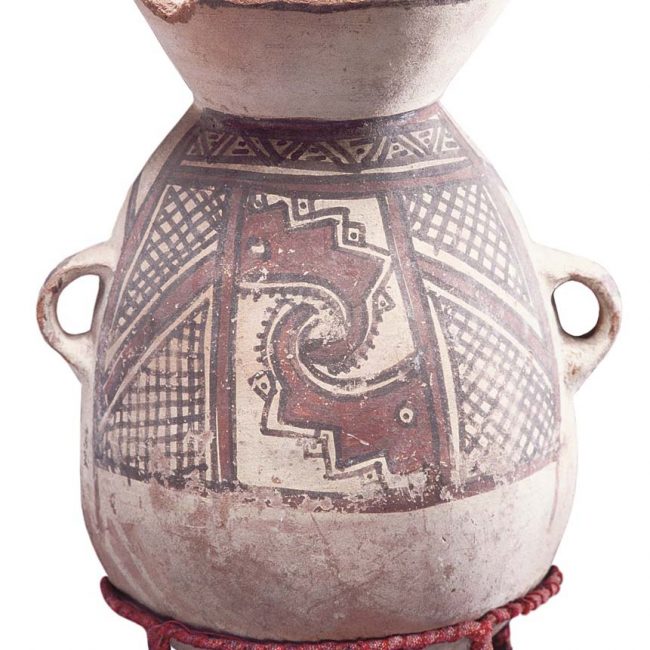 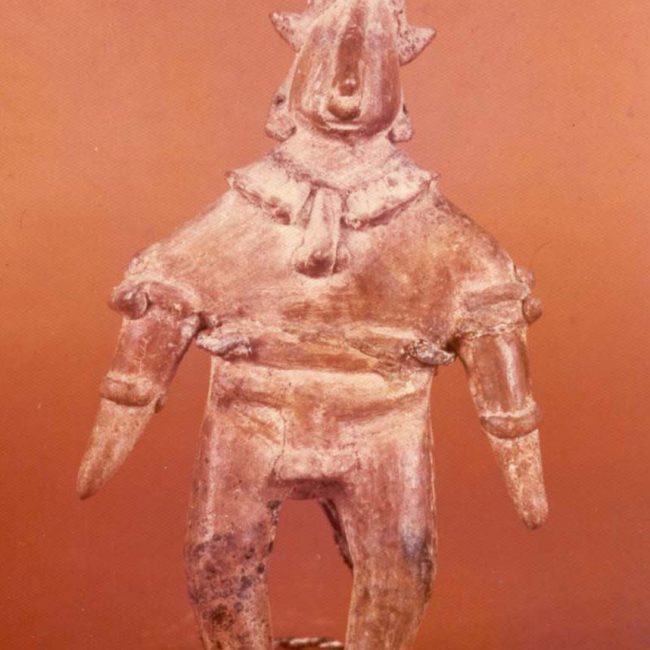 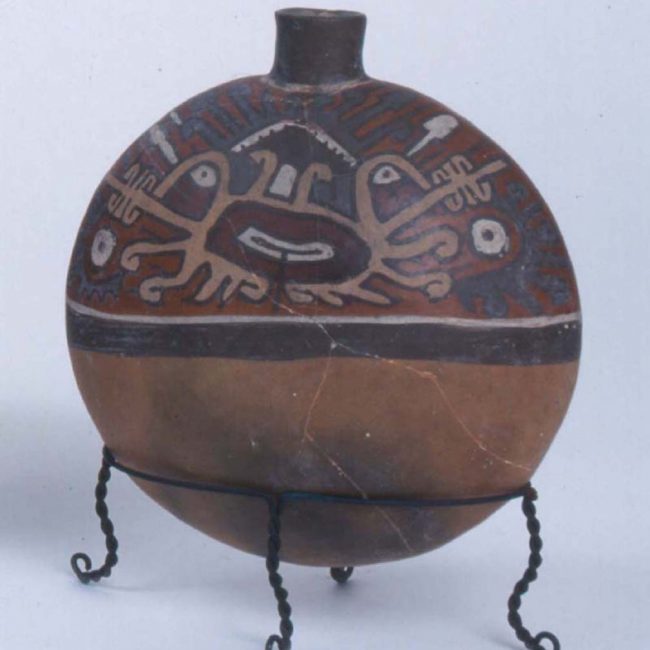 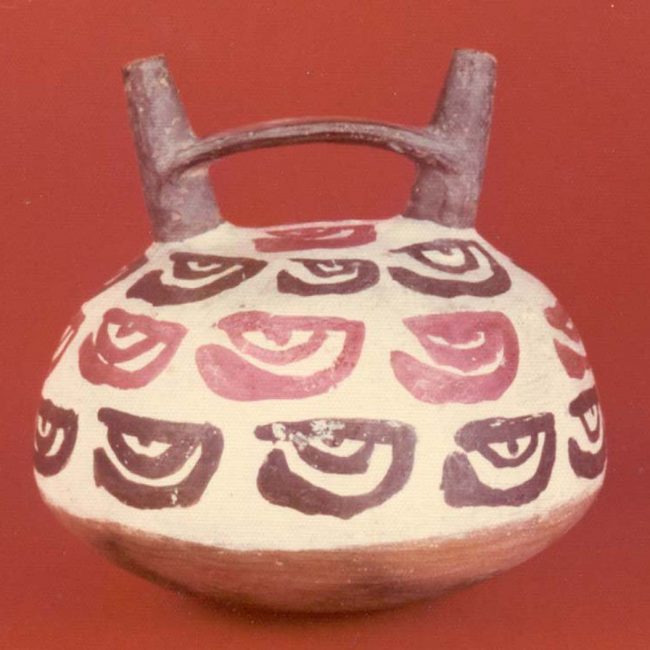 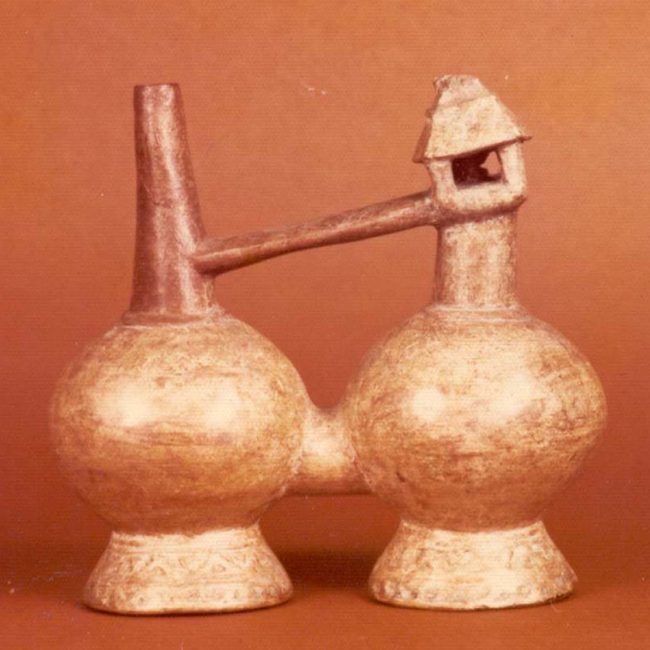 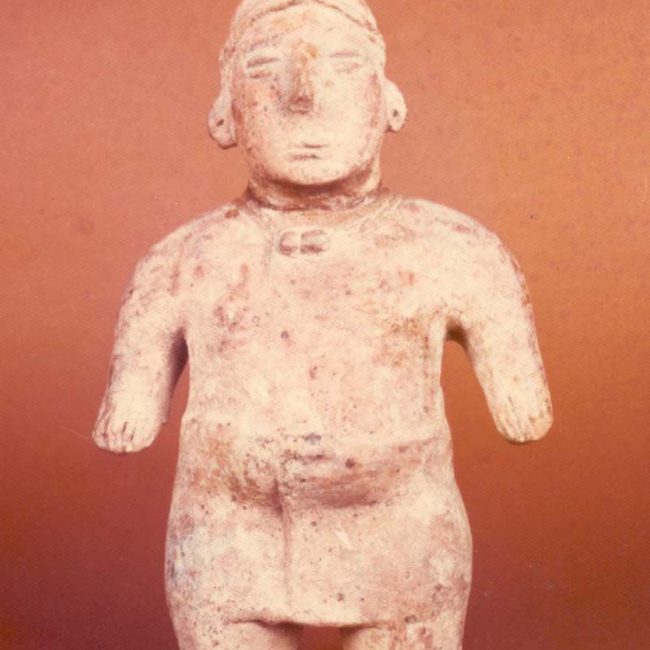