That which has no beginning or end

The Breathing Project has been a surprise in that it has proposed some unusual combinations of artists who have not always, at first sight, been clear or immediately and obviously associated with one another. However, apart from the repeated discourse on the (already widely incorporated) differences of globalization, multiplicity and post-modern mixtures, it is possible to imagine a common substrate, which should be brought out by the perceptive work of the curator, who does not make peace between differences, but, on the contrary, reinstates them in their full potency and helps to break with the historically prevalent simplistic and reductionist reasoning in art that confuses the different with the unusual.

What then can be brought out, beyond the discourse of ?democratic differences?, in juxtaposing artists as different from one another as Maria Nepomuceno and Sara Ramo? What do I mean by a common substrate? My answer is simple: the common substrate is the liberation of the field of experience. But, what kind of experience? Mere experimentation for experiment?s sake? No. What I am interested in is the plane of experience of a place where liberty occurs. As when Mário Pedrosa proclaims ?art as the experimental exercise of freedom?. It is in the plane of experience that liberty is possible, not as a subjective or objective value, nor as free will, but as a flow that allows the world to be perceived as immanence. It is through the potency of art that we are able to connect in a direct fashion, without intermediation, to the ?common substrate?, which is the plane of experience, and discover immanence as the place where multiplicity can truly explode and make us perceive the density of existence. This is why the infinite variations of form are not interesting as form per se, but as an insight into fact that action and perception are inseparable. And that, for this reason, form in art does not refer to the fiction of a subjectivity that imprints (or molds) matter according to the laws of form or the impulses of the subject, but corresponds to the perception that that which we call the subjectivity of the artist (his or her style) is nothing but a detour in time, a densification of action and perception, together with the imagination of a singularity pervaded by its position in the moment/instant in which it moves through the world. Form thereby becomes fleeting, in the sense that it is always the enunciation of its transformation and form can define an epoch, which corresponds to the distinct densifications of the actions and perceptions of a given time.

What led me to bring these two artists together was the possibility of revealing the shifts that life produces in the plane of experience, through the contingencies of the life of each individual, and that engender difference as the emergence of liberty. It is not a question of different forms, but of differentiated settings in the plane of experience that install distinct works. In fact, the 15th edition of the Breathing Project was driven was the question about the common field that can sustain different possible manifestations in the work of art.

Maria Nepomuceno and Sara Ramo?s actions bring out distinct points of densification in the plane of experience.

For Maria Nepomuceno the act of making (tactile craft) is fundamental. It is this that makes her work pulse with life. Her intervention is thus called Pulse, in reference both to the human pulse and to the wrist  that is so important in enabling human hands to make things, and also to the pulsing forces of the universe. The work starts out with simple structures ? the line (the ropes) and the point (the beads) which, woven into the form of a spiral, builds up planes that are folded into topological surfaces that extend out towards infinity. Her work contains an expanding and contracting motion. The contraction is the making of objects itself and delineates space and provides the scope for expansion which is the

territory within and beyond the making that refers to fluxes of nature and culture. Thus, when we enter her work, we feel a sensation of being suspended in outer space, almost like in science fiction (as in the Renaissance Room); or in contact with the forms of nature that remind us of indigenous cultures or so-called popular artists (as in the Garden). The artist uses the organic structure of a form in metamorphosis to seek to address the fluxes of nature and our own surrounding culture, thereby giving expression to the question of what is local and what is global.

The second floor of the Foundation shows the work of Sara Ramo in the Bedroom, the Closet, and the Bathroom, the most intimate parts of Eva Klabin?s house-museum. The point of densification, where action and perception cross paths, is the everyday. Ramo uses small everyday occurrences to build up her work, delving into the world of the imagination, revealing revolving layers of sensation that give rise to strange images of things that seem natural to us. When she first visited the house to develop the intervention, she was struck by the fact that Eva Klabin swapped day and night and lived in the twilight, not the light of the sun, in a sun-drenched city. Twilight is also a time when we are closer to sleep, immersed in hypnogogic phantasies. This is the sensation provided by Twilight. It is as if we were experiencing something that we cannot normally see when people are sleeping. In the artist?s own words, ?that part of reality that occurs as we sleep?.  Sara Ramo brings to the surface a scene that reveals the layers of reality to which we have access in our intimate lives and which, once revealed, creates a displacement that gives real dimensions to that which appears unreal to us. It triggers a cinematic perception by exposing the negative of the house, the museum and the morning.

The 15th edition aims to radicalize something that was already present in the Breathing Project: the desire to use the artists? interventions to provide insight into or identify the process of differentiation, which is the key to artistic creation and brings us closer to a non-transcendental metaphysical substrate that fleshes out existence. By laying emphasis on the space of Eva Klabin?s house-museum as a plane of experience, the subject-object relation is demystified, showing action and perception to be elements capable of creating settings in the real world that reveal the specificity of that which is unique. This is what art does.

In the work of Maria Nepomuceno, action/perception is manifest in the world, seeking to approach the forces of exteriority in search of the totality of cosmic energy, starting out from the crafting hands in order to reach out to the dynamics of nature and culture, while, in the work of Sara Ramo, it is triggered by the everyday and provides us with perspective on the immensity of our intimate lives. Both invite us into a world which has no beginning or end, where the real pulses in an immanently radical state. 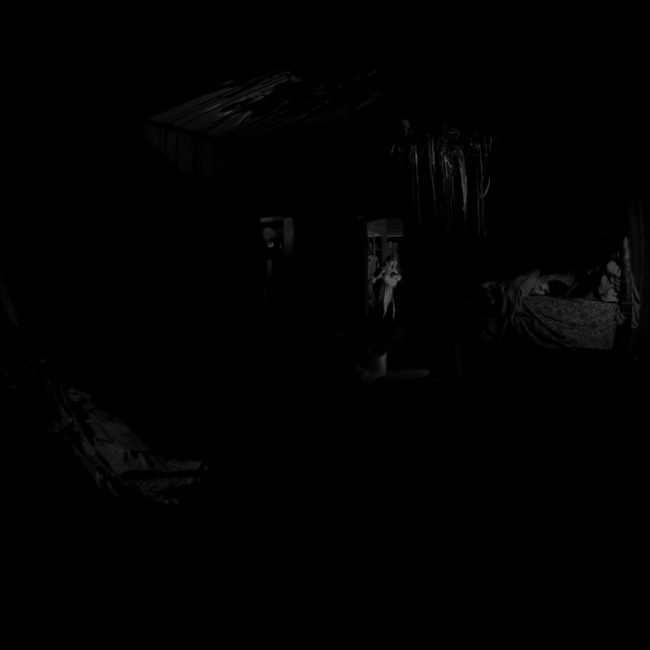