When I invited José Bechara to take part in the Breathing Project it was because of his project, The House, in Faxinal do Céu, Paraná, curated by Agnaldo Farias and Fernando Bini. He had been invited as a painter but he came out of the experience as a sculptor. Bechara was unable to paint, but he turned the house he was occupying into an expressive manifesto, expelling the furniture out of the windows and doors. Through this act of formal and signic revolt, he managed to broaden and reassess the meaning of his work.

Although it may not be immediately obvious, there is a strong correlation between his “paintings” using truck tarps, animal hides and oxidation processes and The House. “To divert a given material from its purpose” is the formal and conceptual operation Bechara proposes when he strips his tarps of their intended function and makes them operate in the register of art like the passing of time; or when a house, built to shelter, rises up against its destiny and ejects its furnishings, subverting the relationship between container and content.

Likewise, the curatorial concept behind the Breathing Project is to find ways of diverting the status of the collector’s house museum. Bechara’s intervention sprung from a conversation we had when I commented that I felt like Eva Klabin had not died, but that one fine day she had just decided to go out, shut the door behind her, and left the house just as it was. So Bechara started to imagine that the house missed its former owner. He has multiplied walls, doorways, stairs and fitted cupboards and used them to fill the emptiness she left behind. With his Saudade intervention, it is as if all the house’s spaces were pregnant with life itself. Everything starts to reverberate in fable-like imagination and the house gains autonomy. The objects come to life. The artist creates a baroque fable in which the world is given a voice. The result: an aesthetic of excess. The method: metamorphosis. 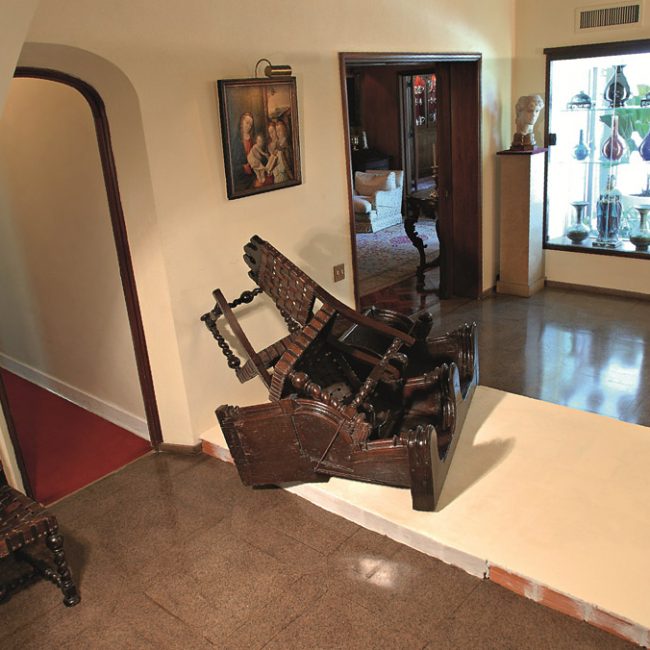 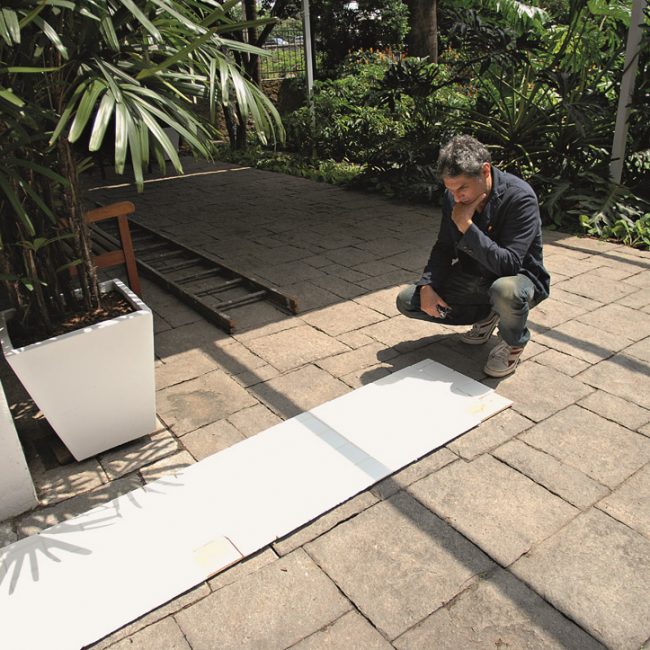 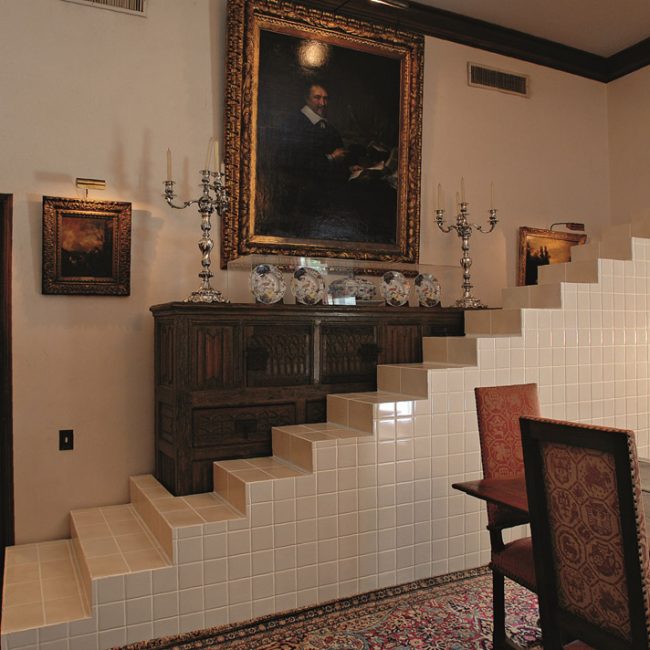 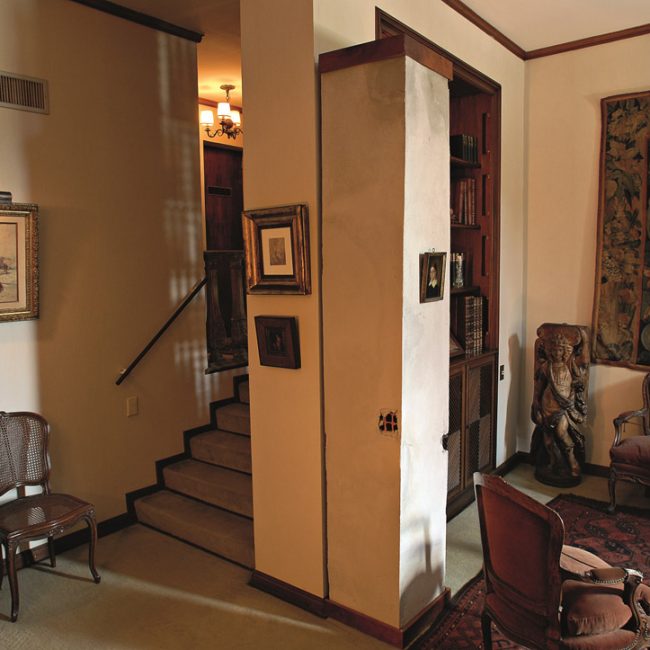 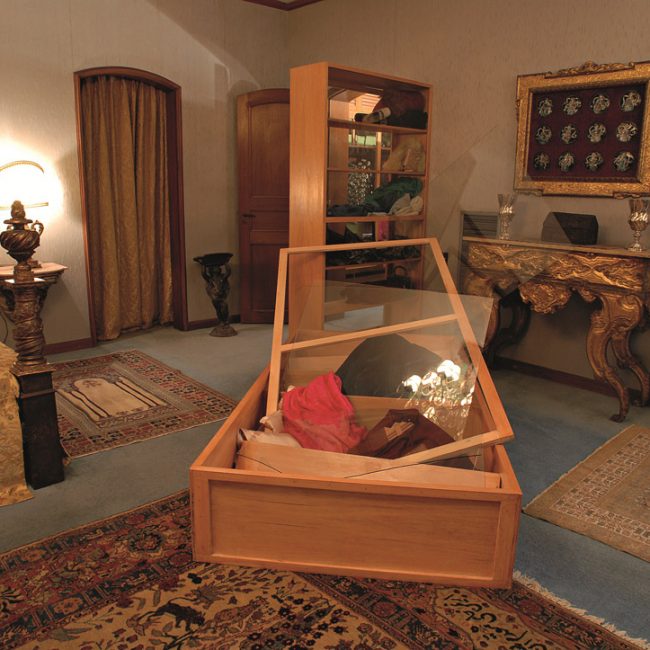 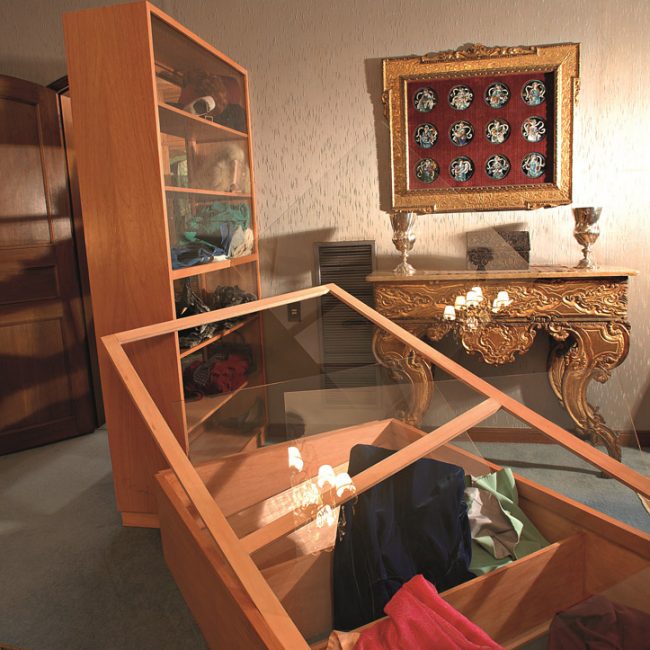 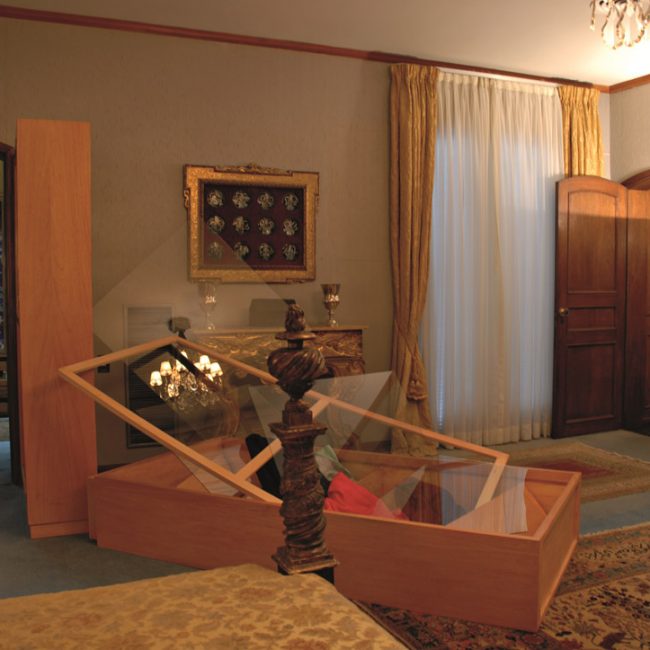 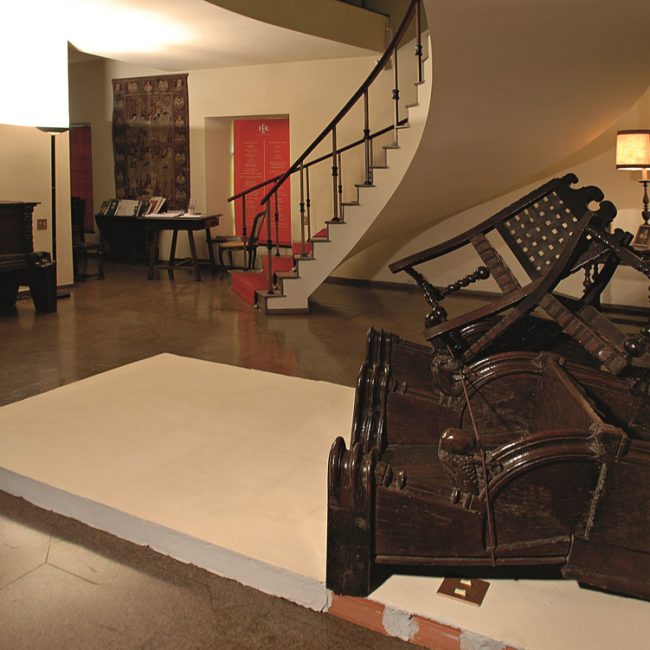 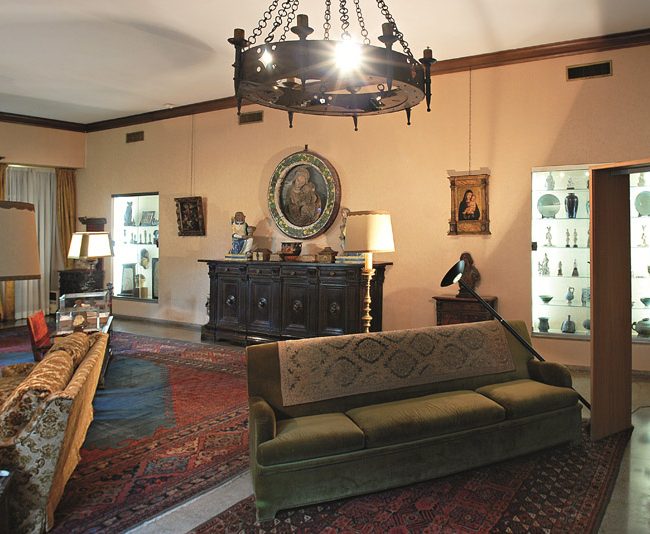 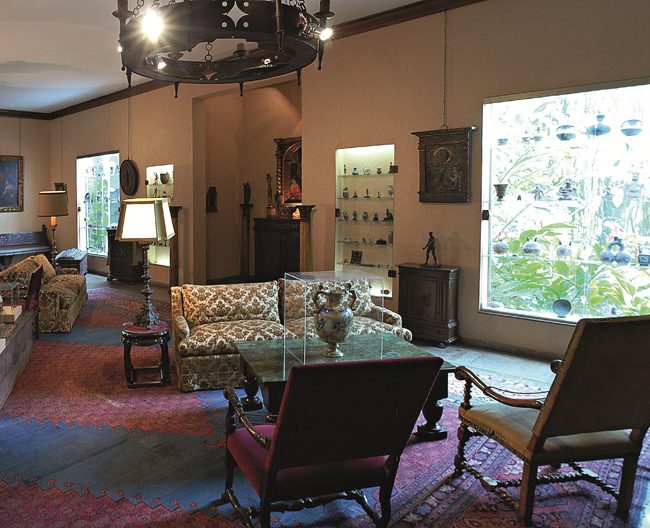