The Breathing Project is a kind of reverse excavation of Eva Klabin’s house, collection and life. Instead of stripping off layers of meaning to reconstitute the “fiction” of an unknown past that belongs to the collector’s memories, artists are invited to excavate the present and to add layers of meanings to build a “fiction” for the future of the museum. I understand Eva Klabin’s legacy as the creation of a timeless myth, capable of conjuring up such a strong presence in people’s imagination that it can even nourish the present. And the Breathing Project serves as a poetic pretext (pre-text) that helps liberate artists’ imagination about a distant other: the murmurs of a figure who silenced herself in the objects surrounding her, only to emerge as an object of memory.

By abducting images from the collection, Thomas gives us back their presence, encouraging us to see them through words. Likewise, Zaremba uses Eva Klabin’s voice to capture her presence, as if it were a radio broadcast, so that it occupies the house again, a concept robbed by the museum. Both invert logic, interchanging the mechanisms of words and images, as they create imaginary landscapes through sound.

[Substitutions] Daniela Thomas asks us to imagine the works in their absence. We are brought into closer contact with the collection (the closeness of listening), and have our attention and concentration directed in a way that causes a movement of internalization on the part of both the person who is describing the art objects and the person who is listening to the description. She shows that the meaning of a work is only fulfilled when it is observed by another. Without that other, there is no artwork. By taking this idea to the extreme, she indicates that art is a space where a different time capable of countervailing the fragmentation of dispersed time today can be sheltered, offering a concentrated, mindful time. Just as Eva Klabin took the works off the market to imprison them in her collection, Thomas draws our attention by removing some of the works from the museum, then filling the visual spaces left with the murmuring time of the voices.

[Evasion] Lilian Zaremba invites us into the Green Room, the transition area between the public and the private, between the Foundation’s auditorium and Eva Klabin’s chambers. She picked this room because it is a passage between two worlds – reality and imagination – to show that one is contained in the other. The reality of the collector who lived here and the imagination that surrounds the figure she turned into by making a museum of the space where she lived. The reality of the character and the fiction of a life. The Eva Klabin house museum is both still life and nature morte. It belongs to a dead time but also to a time that is “still” alive and also “still”. This is what is behind the nature morte, or still life, made of old radio valves, recalling that radio broadcasting involves sound that crosses through space and creates presences. That is why we have Eva Klabin’s voice, evading this space that incarcerated her in the social and cultural memory she herself helped form. Her voice brings back the still life that the museum-nature-morte deprived us of, creating a soundscape that tells of the passing and permanence of a time that still lives.

Substitutions and Evasion speak of presences that are absent and absences that are felt in the present, of imagined realities and real imaginations, of words that make us see and sounds that conjure visions. A house taken over by murmuring: a literature of sound images. 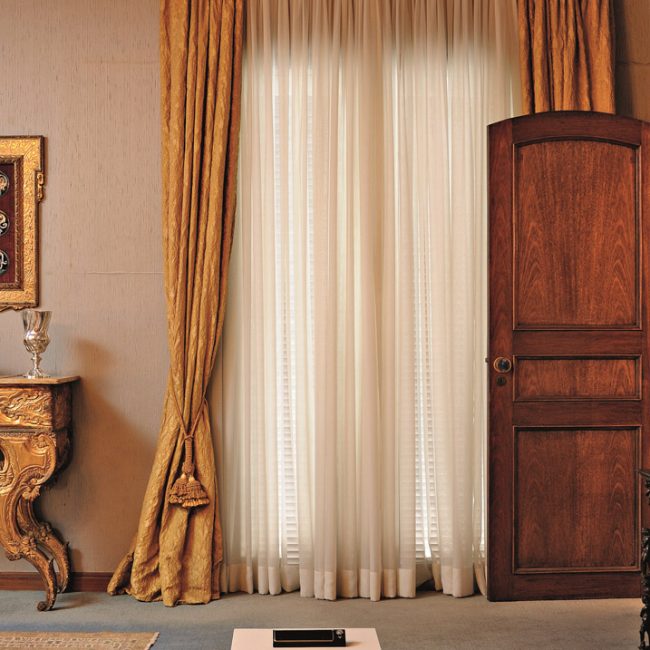 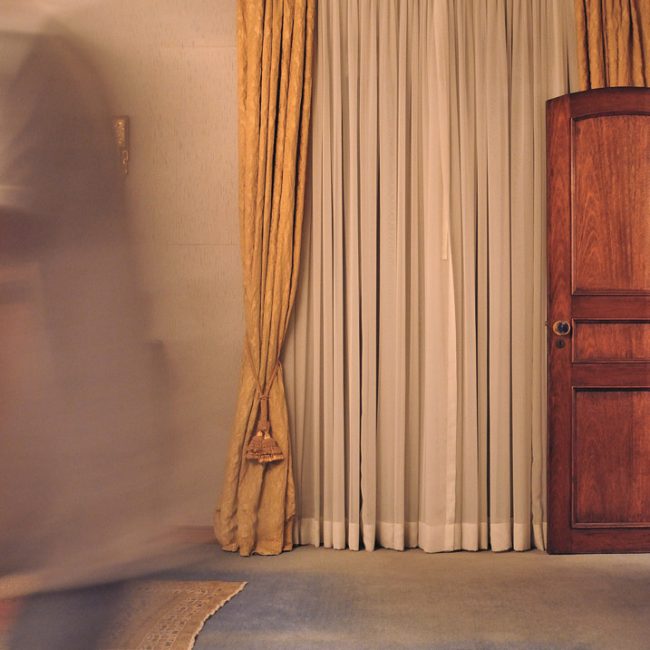 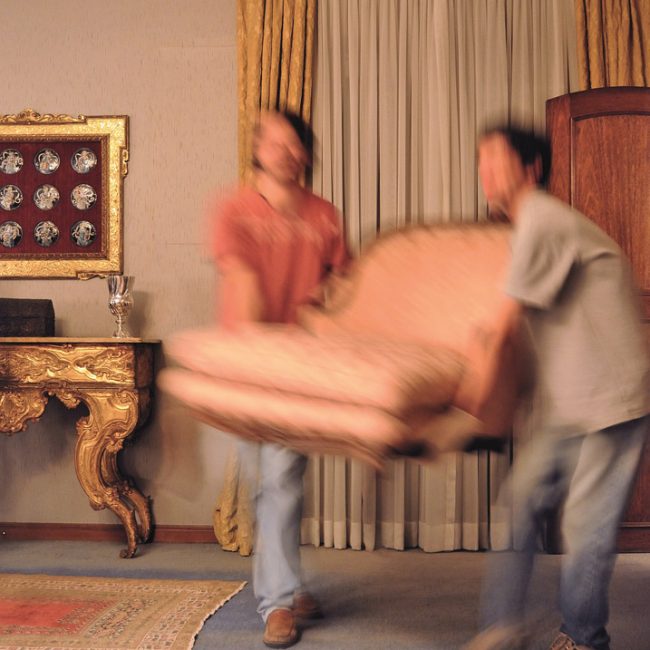 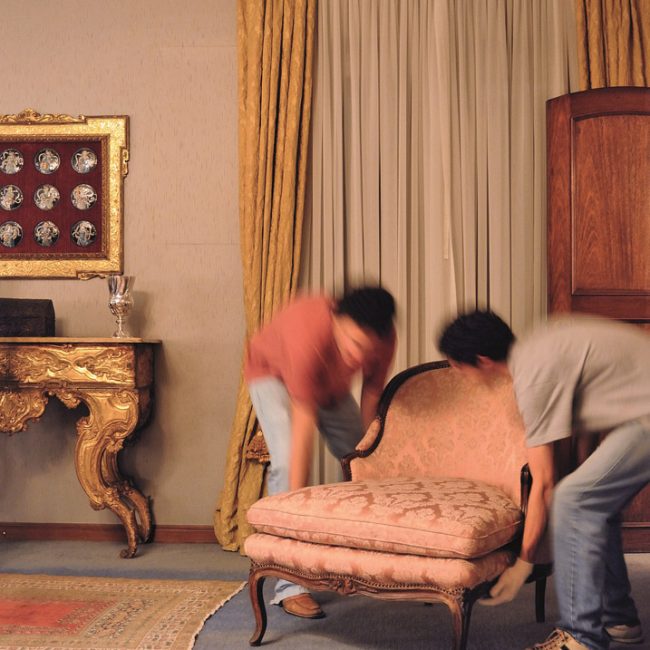 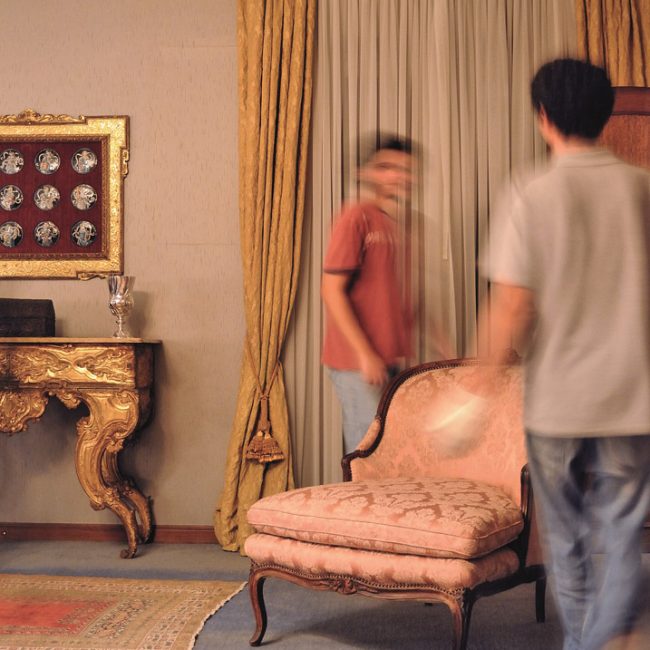 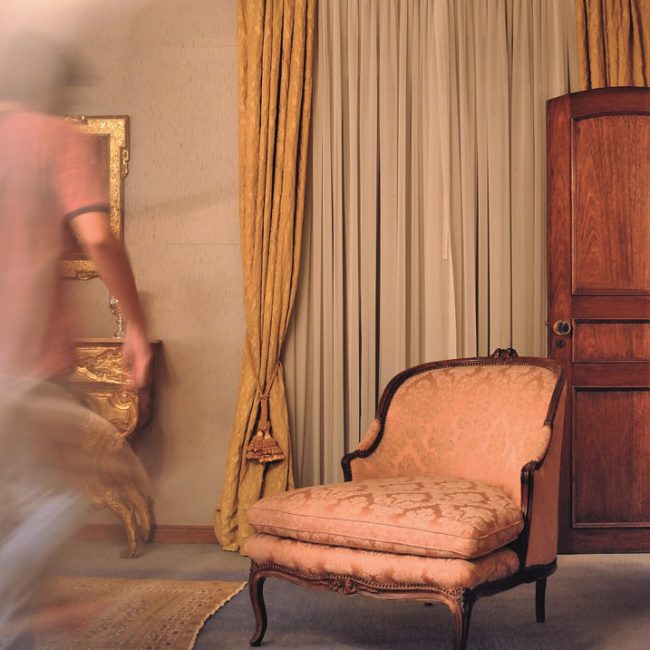 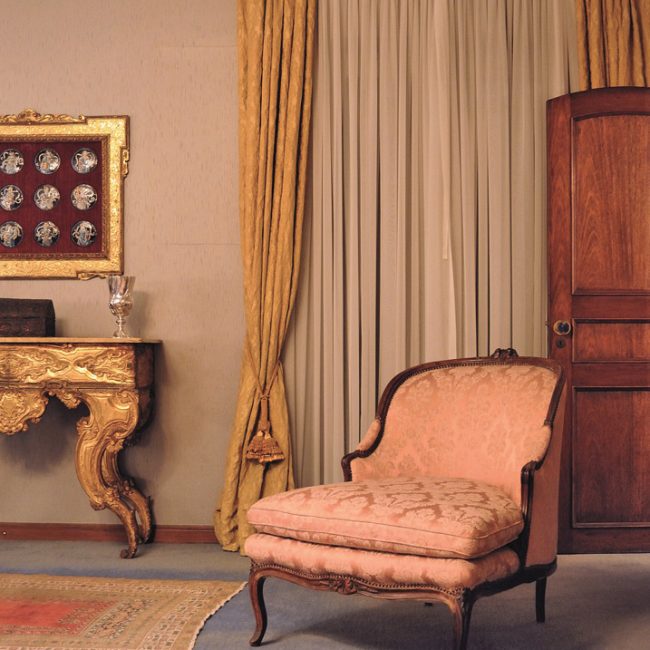 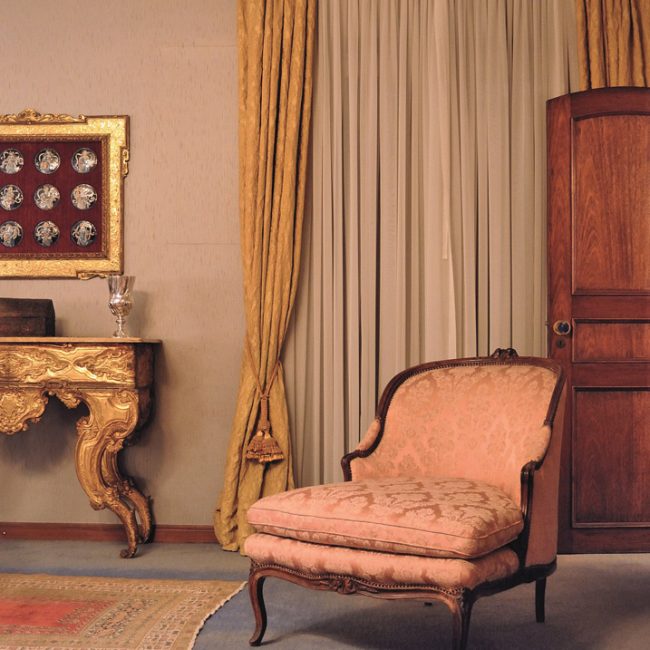 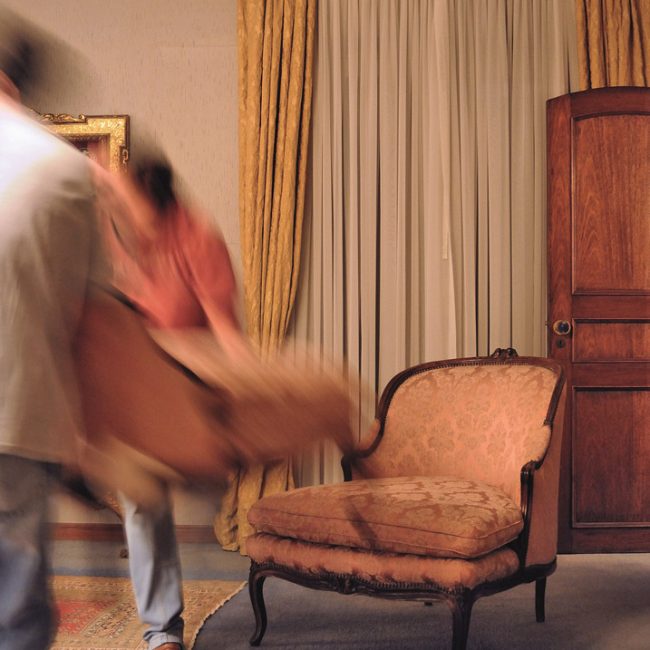 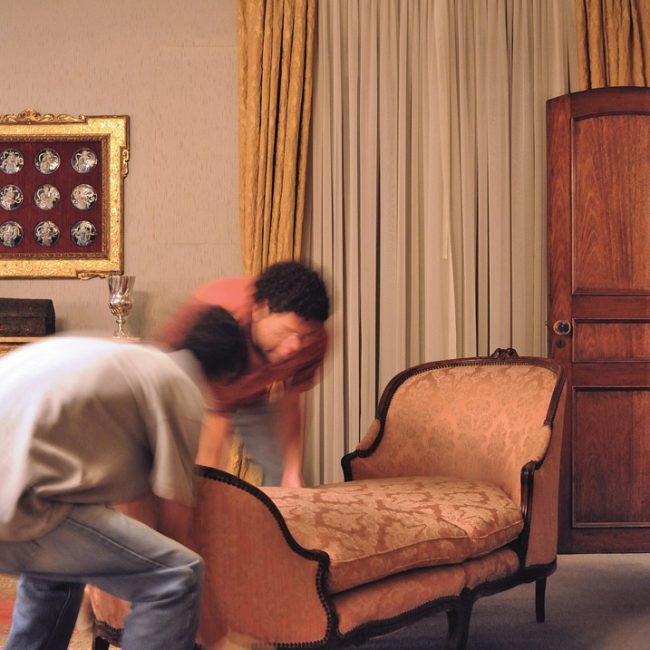 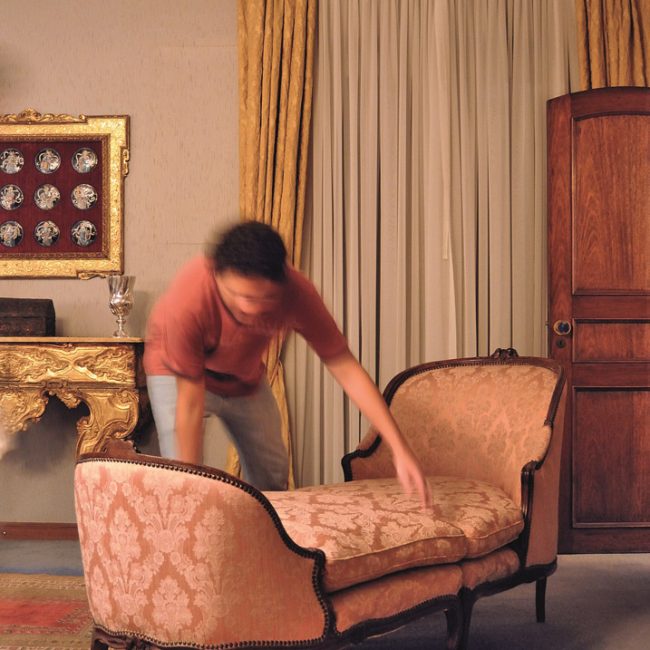 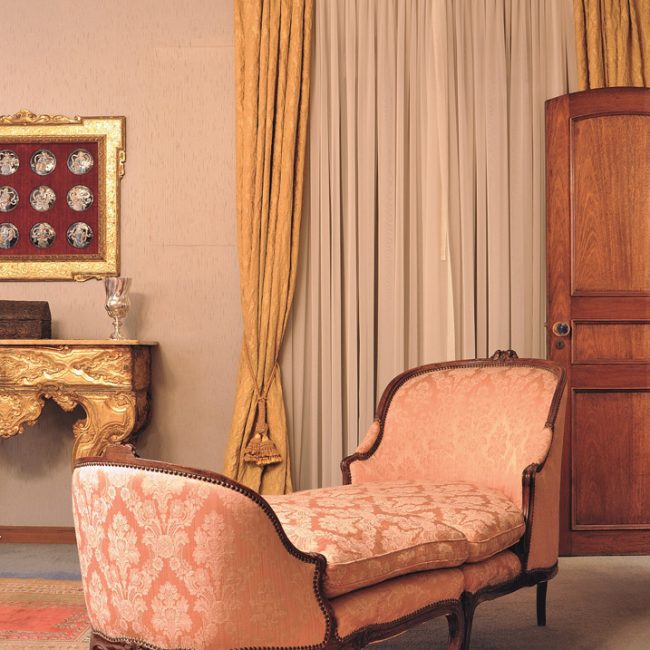 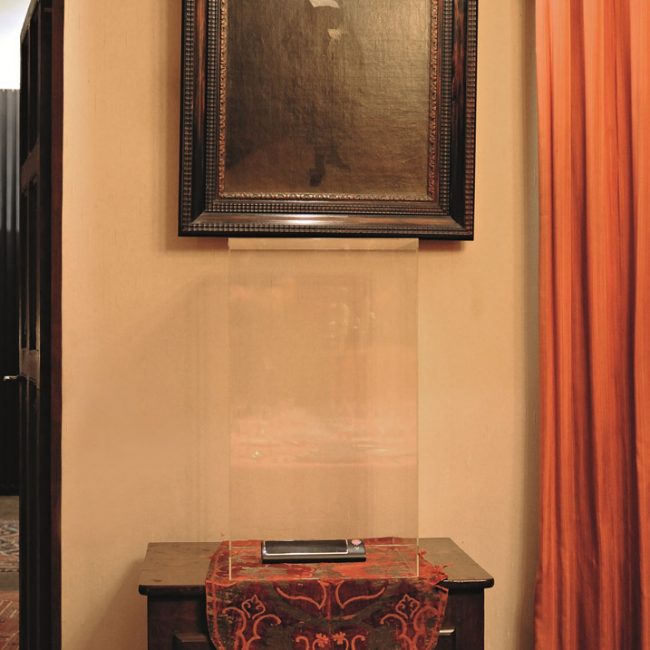 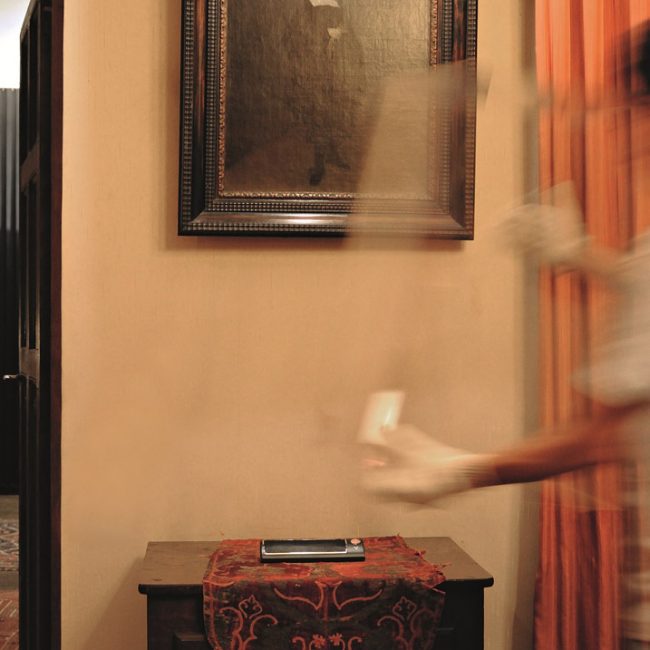 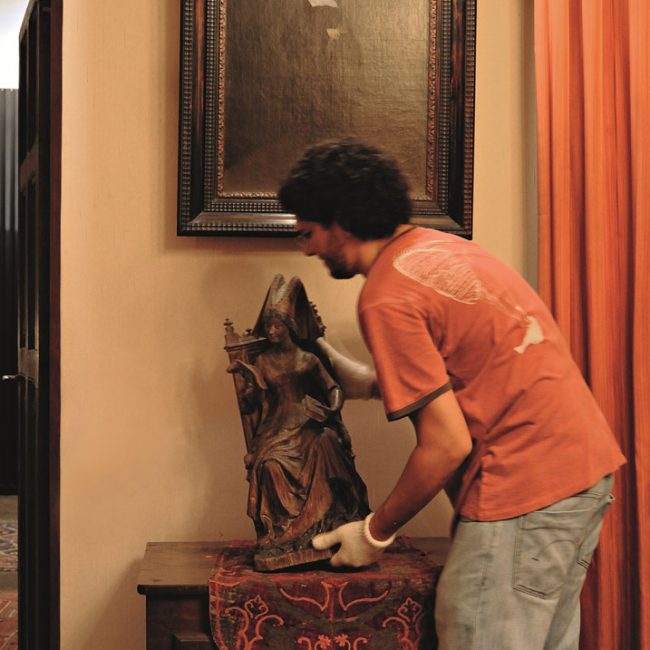 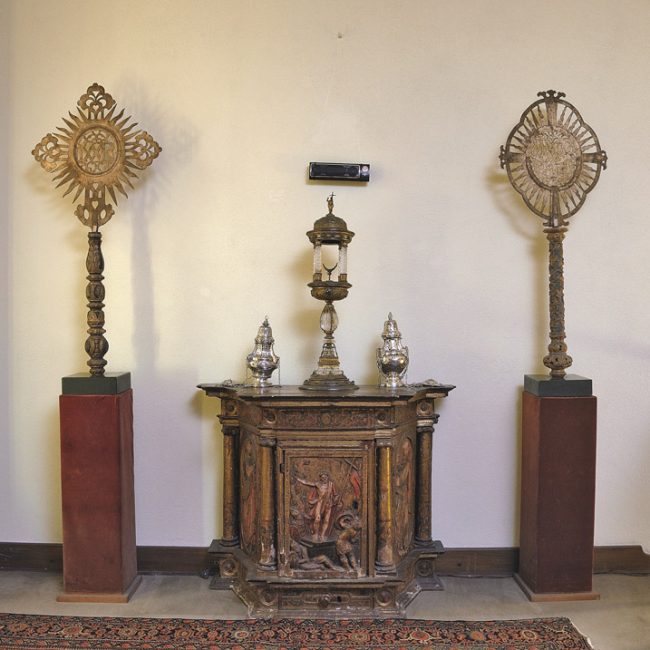 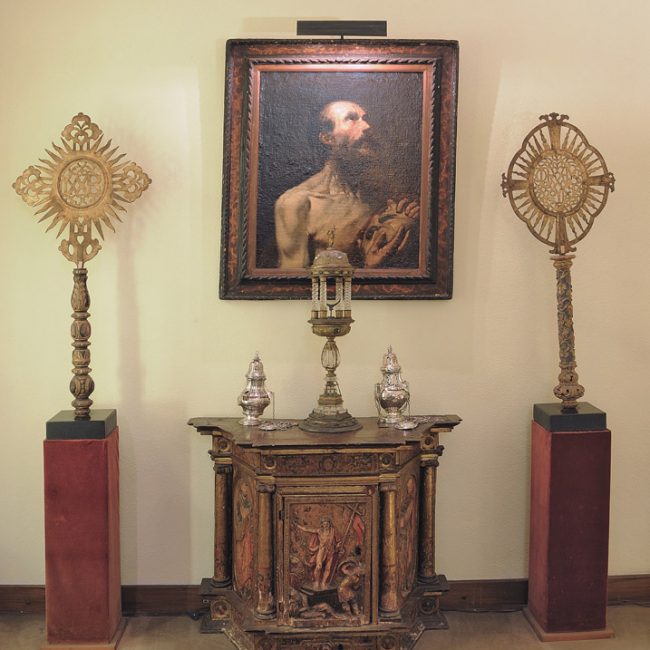 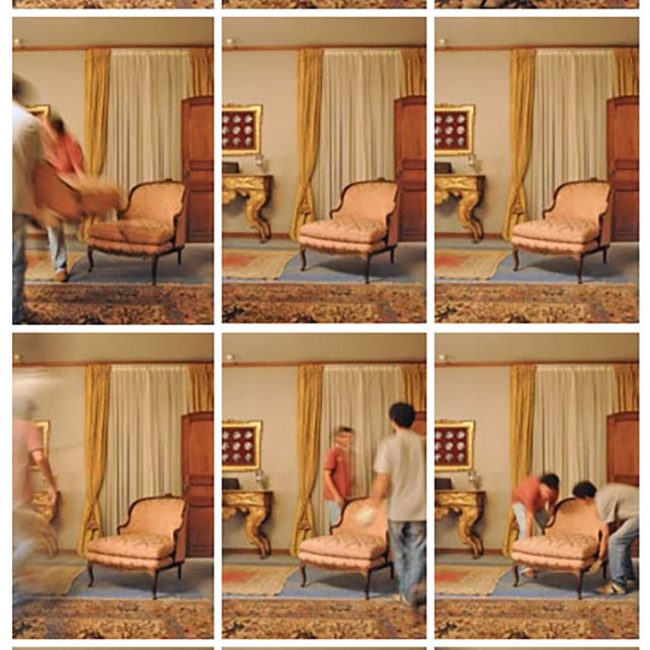