It is Anna Maria Maiolino’s wish to come into contact with what “is”. But what does that mean? It means that reality is transparent and mystery is apparent. The image of how God first appeared to Moses might help explain what I am trying to express. God appears in the image of a burning bush, but the bush is not consumed by the flames. In other words, “what is” is the mystery of the essence. There is no need for power to be realized – consumed – but it does have to be revealed as an immanent essence. The way God appears is not in the form of fire that burns and destroys, but as a force capable of scorching without destroying: creative potential.

What Maiolino aims to make explicit in her intervention for the Breathing Project is the creative energy of art. In her performance at the exhibition opening and in the video installation during the intervention, she introduces a female figure in red who walks around in silence bearing the flame of Prometheus, the creative desire of passion and knowledge. She projects on this figure the force of the resistance and permanence of art, but meanwhile she pervades the house with sounds that conjure up the multiple dimensions of the life that was silenced when this house became a museum.

There are sounds calling the name Anna and the name Sandra, the performer. There is the sound of her grandson playing the recorder. There are indecipherable whispers and speech, breaths and sighs. And there is the weary voice of Anna declaiming the words of St. Teresa of Avila:

“I live without living in myself.
And in such a way I hope,
I die because I do not die.” 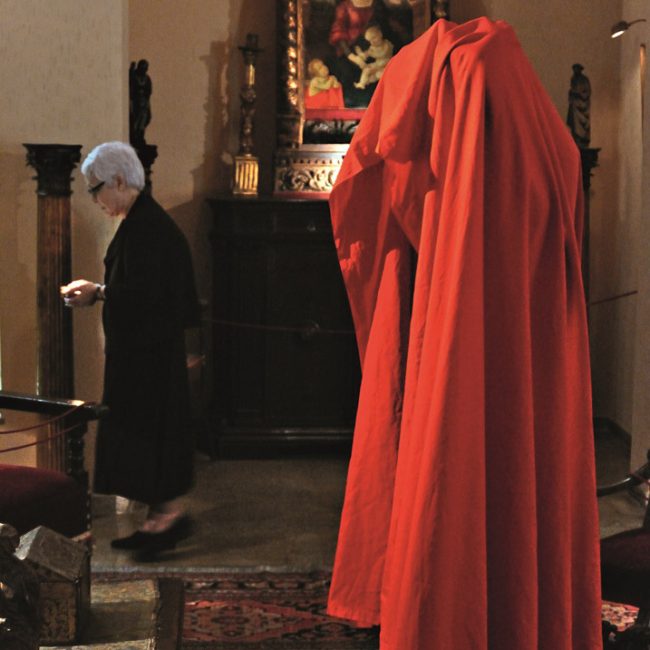 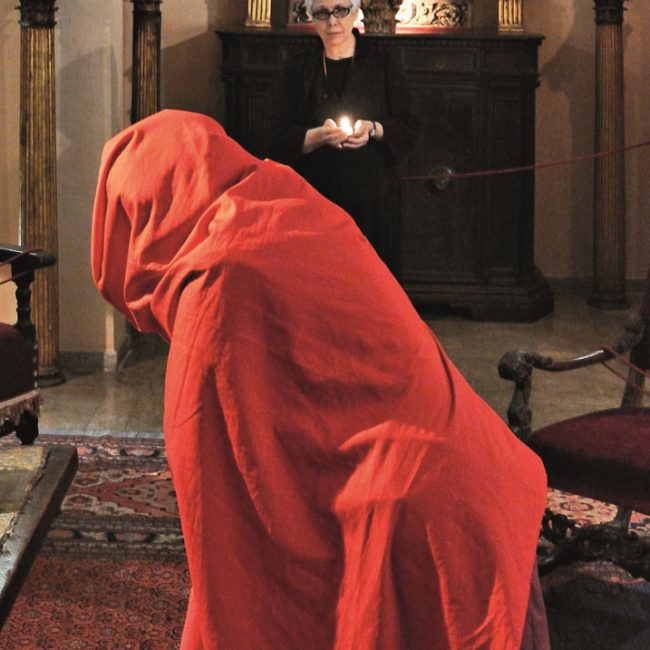 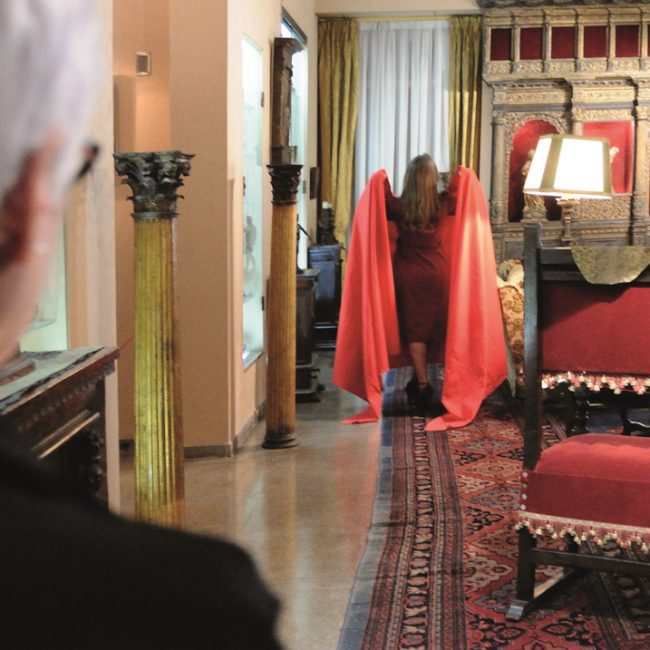 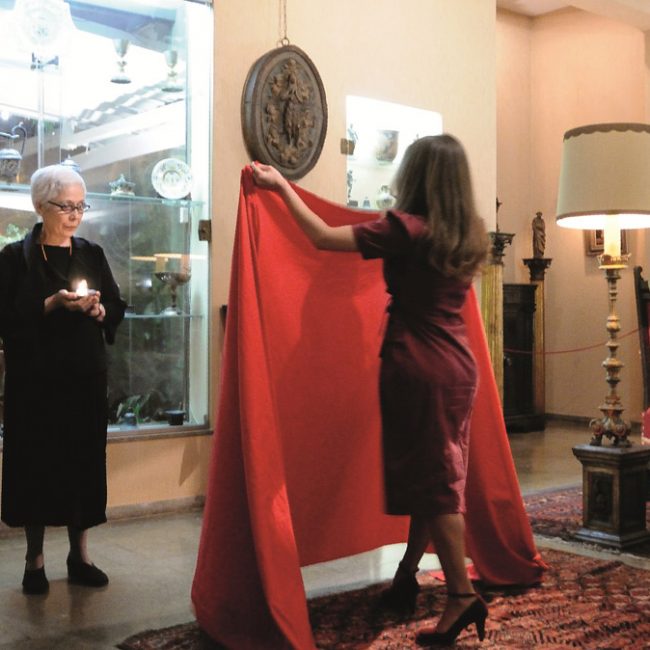 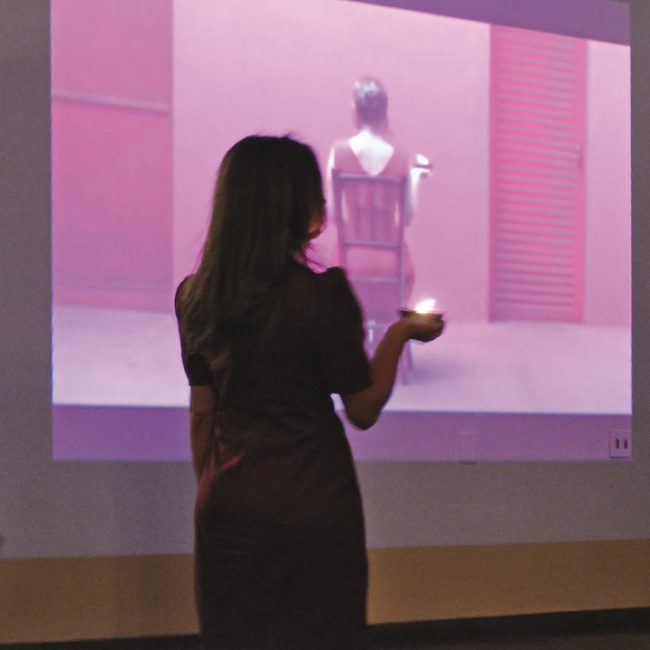 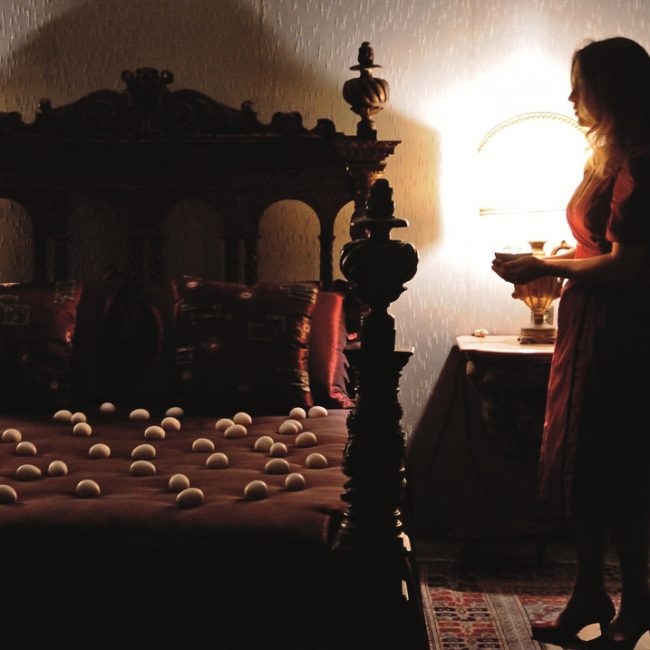 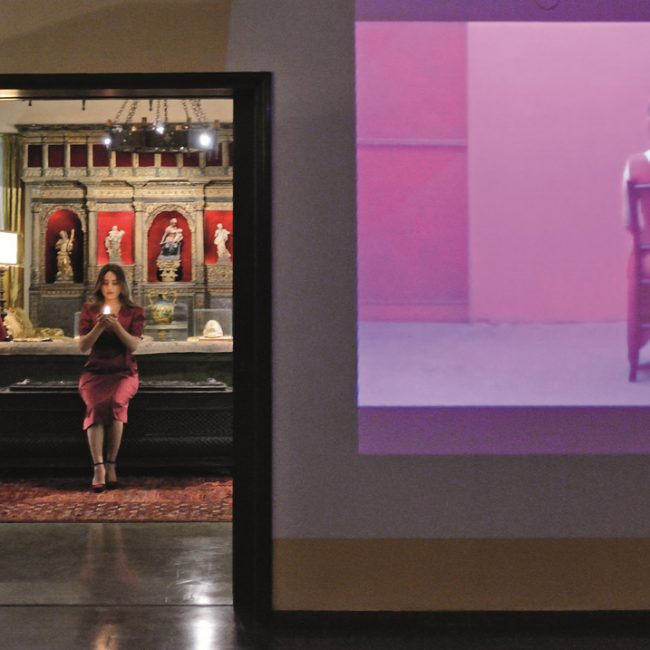 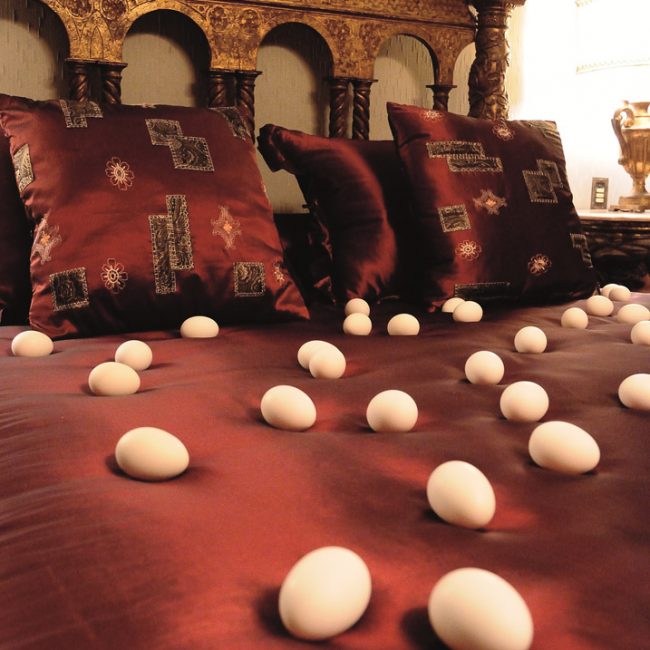 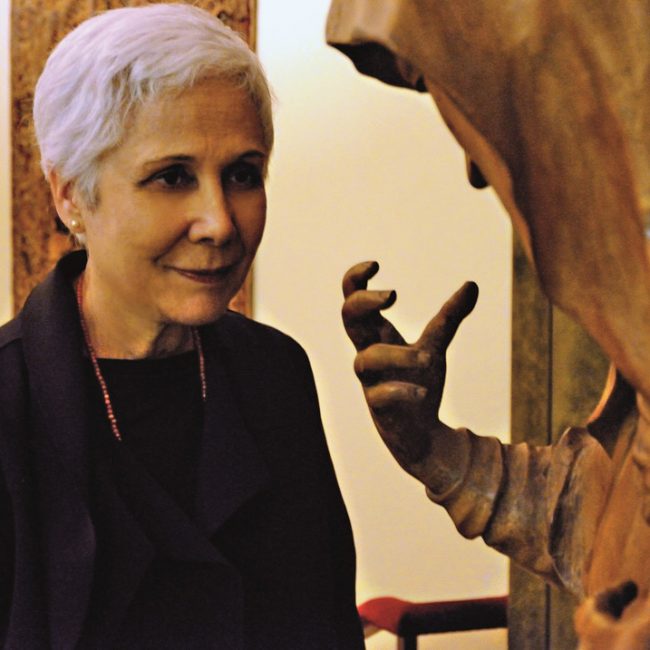 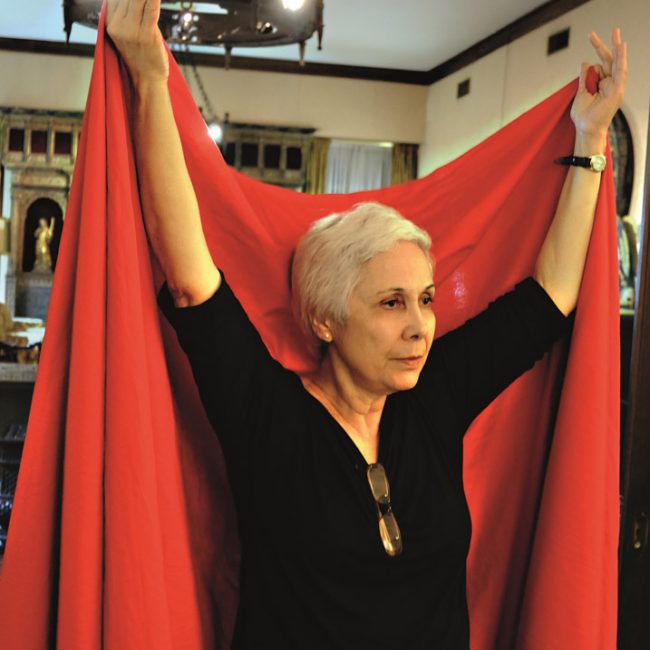 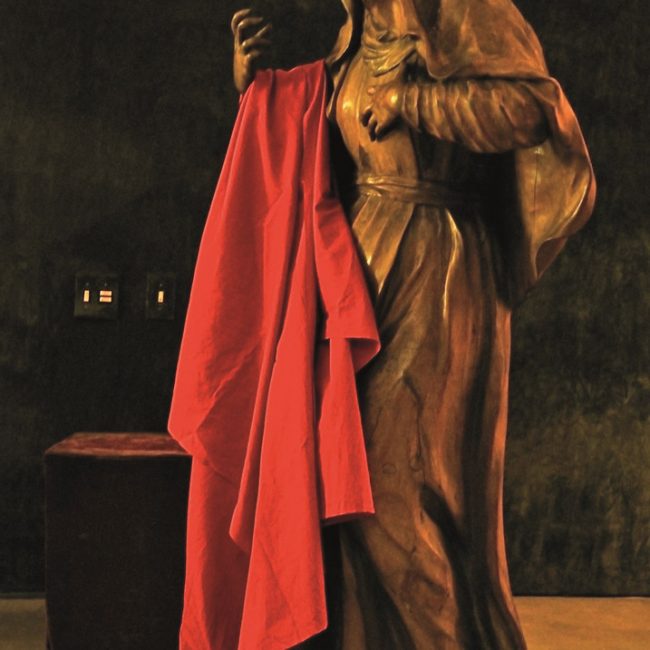